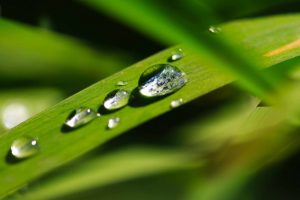 The air surrounds the Earth in the form of a shell and acts on it with a variable pressure (state of the barometer). Animals need air primarily for breathing: for example, an adult needs approximately 0.5 m3 of air per hour to sustain life processes. But the air still performs other functions, important for sustaining life: it receives huge amounts of water from the surface of the seas and oceans in the form of water vapor, transports them over long distances and in the form of precipitation by this. supplies water to the Earth’s surface. Physical quantities that describe the state of the air are called state quantities. They also deal with air conditioning technology, for which temperature, humidity and air pressure are the most important.

Absolutely dry air does not occur in the open atmosphere; it always contains a certain proportion of water vapor. Humid air is thus a mixture of dry air and water vapor. The proportion of water vapor plays a very important role in air conditioning technology, although the largest physically possible amount of steam in the air – under normal air conditions – is only a few grams per kilogram of dry air. Too low or high humidity affects a person’s sense of well-being, also in industry the physical properties of raw materials or products depend on the humidity in production areas or warehouses. In order to achieve the required state of air in the room, we must first adjust the air, ie we must clean, heat, cool, humidify or dehumidify it as needed. The required changes in the air condition can be calculated using the gas equation of state. This is not too difficult, but the procedure is laborious and time consuming. Using the h-x diagram, we can display individual state variables graphically and thus the calculation of state changes is significantly simplified.
In addition to the above diagram, there are useful mathematical expressions that make it easier to determine specific parameters of wet air.

Concepts and quantities around wet air: